There are some cultural differences between China and the West that might take you off guard when you first visit China. This list can help you to understand more about Chinese customs and communication. Also be sure to check out 5 culture shocks of living in China.

In all my time of living in the States, I can’t recall one instance where a girl has told me her weight. This secret is guarded almost as closely Coke’s recipe. It was very surprising after coming to China, to hear women tell guys their weight in public. It wasn’t at the doctor’s office or for signing up for insurance. It is common to mention their weight in light conversation. Also, guys are free to ask girls their weight and girls will answer without a second thought. Perhaps the underlying reason is that Chines girls tend to be very slender so are happy to let others know just how slender they are. Many of the Chinese girls I know are on a diet, but it is a diet trying to gain weight. One Christian girl asked us to pray that she would gain weight. I have tried to take advantage of this custom to get some American ladies who are in China to tell me their weight, and it might be a bit of an understatement to say that those efforts have fallen flat.

Cultural Difference #2: You can tell someone he/she is fat –

In Western countries the only person who might dare to tell you that you are fat, is your personal doctor. Then he would probably beat around the bush, toss around hints and use words like “overweight,” “heavy,” or “stout.” In China, there is no such inhibition about talking about people’s weight. It is common for Chinese to go up to foreigners and say point blank, “You are fat.” While talking with a Chinese friend about this, she told me that actually I was wrong and Chinese will normally say, “You are SO fat.” There are several reasons why people will say this. Firstly, there aren’t many fat people in China. It is almost a curiosity to see someone fat. Secondly, there are much fewer private issues. Your business is everybody’s business. This comes from a much more group oriented mindset than the individualism that pervades the West. Thirdly, people just feel more free to speak exactly what is on their mind. Try feeding Western desserts to Asians and you will invariably hear “too sweet, too sweet!” Some Chinese think that all Westerners are fat. One time I was playing basketball and one guy said, “Why are you and your brother so skinny? I thought all people from America were fat.” I would estimate that about 200 people here have told me I am “too skinny” so I guess it goes both ways. Perhaps if more people in America commented on other people’s weight, then it might help remind people to try to stay more fit.

Cultural Difference #3: Anyone can ask anyone else how much money he makes –

During my time in China I have sometimes been a visitor of English Corners. These are set places at set times where Chinese (mostly students) gather to practice their English. A lot of topics come up during these conversations, but one of the most common is my salary and it is not me bringing up. A typical conversation might go like this 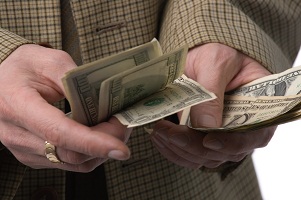 Chinese: “How much do you make?”

Me: “Umm, well, uhh, cough. While we are on the topic of making money, what do you think of Yao Ming?”

Asking how much I make is not a topic restricted to English Corners. Pretty much every foreigner spending any amount of time in China will face this question again and again. People don’t only ask foreigners, but they are free to ask anyone, Chinese and foreign alike. And most chinese are normally willing to answer. This directness goes beyond asking salary to include the price of anything. It is common to ask the purchase price or rent amount of the home you live in “Not a bad deal.” “Wow, you paid a lot. You are rich!” I must say that of all the cultural differences between China and America this is one of the few that I haven’t been able to adjust too well. Try as I will, I am just not too comfortable telling the price of the home I live in to an almost stranger. This is not to say that this habit is wrong. Like many in China it is just different.

Cultural Difference #4: You can massage or slap yourself in public –

According to Chinese medicine theories, massaging the correct pressure points or rubbing the muscles and cartilage will increase blood flow throughout the body. This increased blood flow will bring vital nutrients and help your body get rid of extra toxins while maintaining looseness and flexibility. The elderly take their personal fitness very seriously. Many of them go outside daily to public parks, squares, or riverside areas to exercise. But their exercise form is quite different than Westerners. They will do these exercises often times in groups or while carrying on conversations. The exact exercises are not very structured. Typically it includes tapping a part of your body such as your chest, or thy. After slapping or hitting fifty or a hundred times they will switch to the other side. Pulling earlobes or walking backwards (or doing both at the same time) are other common sights. Chinese just don’t take themselves as seriously as Westerners do and don’t really care about looking cool. The regular workouts certainly must help because most elderly people in China are quite healthy and don’t need to take much medicine.

The generally accepted norms for physical contact are quite different in China. As mentioned in the article on Chinese cultural taboos, members of the opposite sex do not hug as a greeting and handshakes are rare. Whereas members of the opposite sex basically have no physical contact, members of the same sex actually have much more than in the US. It is quite common to see ladies walking down the street holding hands. They also often walk with arms interlinked at the elbow. Newcomers to China might get the wrong impression, but there is nothing weird going on. It is simply the culturally correct way to show friendliness and affection. Guys will often walk along with their arms over each others shoulders. I still haven’t gotten quite used to that as it is a bit too comfy for my tastes. Fortunately since I am about eight inches taller than the average Chinese guy I don’t have to worry about it too much.