5 Chinese Culture Taboos List – Things to Avoid While in China

The following list of Chinese cultural taboos has been compiled through nine years of living in China, observing Chinese customs, and sometimes embarrassing personal experiences. Like most deeply rooted ancient Chinese traditions, the younger generation is paying less and less attention to these kinds of habits, but foreigners living in China would still do well to avoid the following Chinese taboos.

One of the first things most foreigners in China learn about cultural differences is the way to reply to compliments. In America if someone says you have a nice car or keep up your yard well you would most likely say, “Thank you. I have worked hard for it.” To respond to a compliment like that in China would be considered very prideful. It is almost like there are set rules for what is right to say in certain situations. Say for example, you are visiting a friend who has recently moved to a new house. When you enter you are expected to make some positive remarks about his house. “It is spacious.” “The lighting is good.” “It faces the correct direction.” “No, it is small.” “The lighting is not very good, especially in the afternoons.” “A lot of noise drifts up from the street.” You are never supposed to directly accept the praise. There is a Chinese phrase that is basically an all inclusive “divert praise” conversation tool. That is “na li, na li”. The direct English translation is “Where, where?” Whenever people compliment my Chinese, and it doesn’t take much language prowess to draw compliments, I use this phrase and people know that since I didn’t say “Thank you” I must have been in China a while.

I heard of a story of a foreigner who complimented a Chinese woman by telling her she was pretty. She had practiced a bit of English and knew how to translate some Chinese phrases directly into English. So she said, “Where, where?” The foreigner was quite taken aback, but assumed she just wanted a bit more praise. He said, “Umm, uh, your face is quite attractive.” By now she was blushing. “Where, where?” This time the foreigner thought she was pretty presumptuous to keep demanding more praise, but didn’t want to offend her. “Well, your nose is quite graceful and your eyes have a sparkle to them.”” This time her whole face was bright red as she stammered one more time, “Where?”

Chinese Culture Taboo #2: Showing the bottom of your shoes – 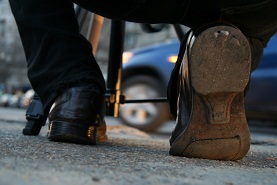 In China, people walk almost everywhere. Shoes tend to collect more dirt and junk than in Western countries. Showing someone the bottom of your shoes is considered very rude. It is rude even when it happens in natural situations such as crossing your legs or putting your feet up on a coffee table. Like many rooted customs, this is slowly changing .The younger generation would not get as upset if this were to happen as an elderly person would. Also, when you enter someone’s house you are supposed to take off your shoes first. Most homes have a set of “house shoes”  for wearing inside and which they offer to guests. Although the home owner might protest and tell you it is not necessary to take off your shoes, you should do it anyway unless you are very close to the host. He is also being polite by saying “no need, no need”, but actually there is a need. When my family first arrived in China, my father rode on the subway and crossed his legs in the seat. The gentleman sitting next to him took out a pad and paper and wrote something intently on it. Then he showed the paper to my father. It said, “The action which you are taking is impolite.” Needless to say, we think twice before crossing our legs in public now!

Chinese Culture Taboo #3: Major on one food and skip the others –

The rights and wrongs of food etiquette could be an entire article in and of themselves. I will briefly 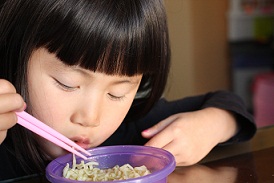 summarize the “dos” and “don’ts” here. Traditional Chinese serve the bowls of guests. It is considered rude to help yourself to the food you want when at someone’s house. The proper way is to wait until the host serves your bowl. Don’t be afraid that you will go hungry because good hosts take it as their personal mission to make sure your bowl is completely full all the time. Even after you have eaten 3-4 bowls full of food they will continue to scoop it for you and say “Don’t be polite. Eat up. You haven’t eaten anything yet.” In the process they will give you what they consider to be the very best food, which might or might not be what you like.

In other less traditional homes, you might have freedom to serve some of your own food. If you do, beware. Reaching across the table for another dish is a big no no. So is using your chopsticks to pick out the meat or food from a dish you like the best. If you do seem to eat one thing more than another, it is likely that they will serve you more of that. My mother went to a guest’s house where she was served a kind of boiled greens. They weren’t her favorite so she ate them first to save the best for last. They saw saw her quickly eating them up and interpreted that to mean she loved them. The hostess promptly got her bowl, went to the kitchen, and gave her another scoop.

It is often advisable to leave a little bit of food left in your bowl or the host might think you are still hungry and fill it up again. Then again, in some regions it is considered very wasteful to leave any food. Sound complicated? It is. Accept a dinner invitation at your own risk. No, in seriousness most Chinese know that Westerners will not know all the rules or customs. They will give you some leeway, but try to be sensitive and navigate the system as well as you can. Just like in the States, do be gracious and rave over every good thing you eat. Cooks enjoy the attention worldwide.

Chinese Culture Taboo #4: Hug a member of the opposite sex as a greeting –

In the US, it is very common for guys to hug girls and vice-versa as a friendly greeting. During my church fellowship time back in the States I can see guys and girls hugging across the entire auditorium. In some areas of the South it feels weird to offer your hand. Believe it or not, social customs in China are not the same as America’s South. If you are a guy and want to make a Chinese girl feel extremely awkward and uncomfortable, offering a hug as a greeting is the way to go. She will likely offer a nervous laugh and attempt to escape as soon as possible. I have seen this happen several times with unsuspecting foreigners. Meanwhile, they didn’t have any idea how uncomfortable the girl felt. As weird as that is, it might be even more weird for a girl to initiate the hug. I have been in China for almost nine years and can’t recall seeing that happen. So if it hasn’t happened yet, don’t be the first try. There doesn’t always have to be a first for everything. So what is the appropriate way to act when meeting someone or introducing yourself? If you are a guy meeting a guy you can offer a warm handshake. It is not so common in China still, but it will probably be accepted. However, it is more normal when meeting someone to exchange verbal greetings, but not any physical contact. If you are unsure what to do, a good rule of thumb is always to wait and see how the other person responds. More than ninety percent of the time they won’t offer their hand, so you don’t need to either.

Chinese Culture Taboo #5: Ask a member of the opposite sex his/her birth date – 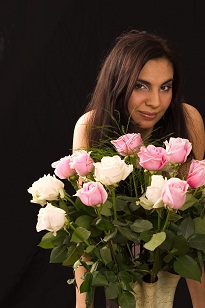 In the West, this is generally an innocent question. You could have a hundred reasons for asking such as planning a party or event, preparing a gift, or simple banter. In China, it could be much more than an innocent question and cause you a load of trouble. Asking someone his birth date often signals a romantic interest. Why? Traditionally China has complex rules for making the perfect match of husband and wife. It is not necessarily based on interests, hobbies, or even love. It is based on calculations by fortune tellers or feng shui specialists who have professional careers in matchmaking. Parents will often submit the birth date (down to the minute and second) of their child and their child’s significant other. These specialists are paid big bucks to somehow determine if they match and if the marriage will be “lucky” or “prosperous.” So if a guy asks a girl for her birth date it could be interpreted as, “I am interested in marrying you and want to see if we are a match.” Again, this is not as important to the younger generation as the elder generation. Many traditions like this are gradually waning in importance. But if you want to avoid any confusion it is better to stick to safer topics. And if someone asks you your birth date, watch out!